Project 06: 'drape over another' @ Artists Space

Our inaugural collection exhibition was filmed and broadcasted all day as a live-stream available on our HECHA / 做 website on Sept. 8th, 2018. The event was a multi-channel behind the scenes look into our creative process, exploring the intersection between design, art, and technology/media.

We commissioned new music by Brooklyn producer Bergsonist for the documentary of the collection unveiling. Bergsonist on the track titled, “Killed by Earth”:

“Killed by Earth is a sonic interpretation of HECHA / 做's genderless flexible collection. Inspired by fashion damages toward gender consciousness, the composition is made out of two disjoint fragments - made in two different contexts and time. Similarly to HECHA / 做's performative shooting, Killed By Earth fluidly and effortlessly morphs from one state to another while at the same time telling one narrative. Free of constraints, aerial sounds slowly become heavier and more assertive. The intended message is amplified.”

Part one of the launch (11am - 6pm) was a closed set featuring a performative lookbook shoot of the garments as well as a time-based creation of a mural-sized fabric painting by HECHA / 做’s co-founder Luz Angelica Fernandez. Since a studio is usually a closed space, a viewing of the studio offers context and gives “access” to the interior processes of the HECHA / 做’s lifestyle and brand, from conception to finished garment.

Part two was the after-party (7 PM - 11 PM) which was open to the public and featured a live vocal performance by Aarron Ricks as well as DJ sets by Kiddo (Pure Immanence), NK Badtz Maru, and vveiss. Choosing to work with members of our creative community, HECHA / 做’s intent is to visually celebrate and promote the success of our peers by offering them a platform to express themselves.

12 Hour live-stream recording of collection exhibition part one and two: 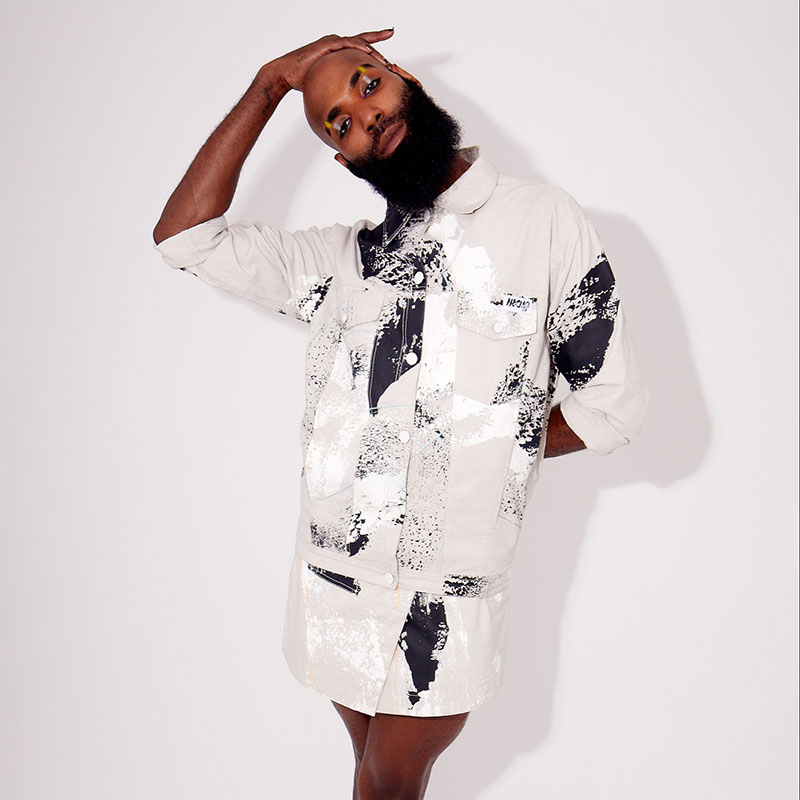 Aarron Ricks is a break out movement artist who uses beautiful and thought provoking movements to create organic storytelling experiences. Drawing inspiration from his personal history and work as an art model, his work transcends genres, mediums and technologies. His event and curation company’s goal is to raise awareness for marginalized communities and create a space where questions and thought can flourish and everyone is free to be themselves. 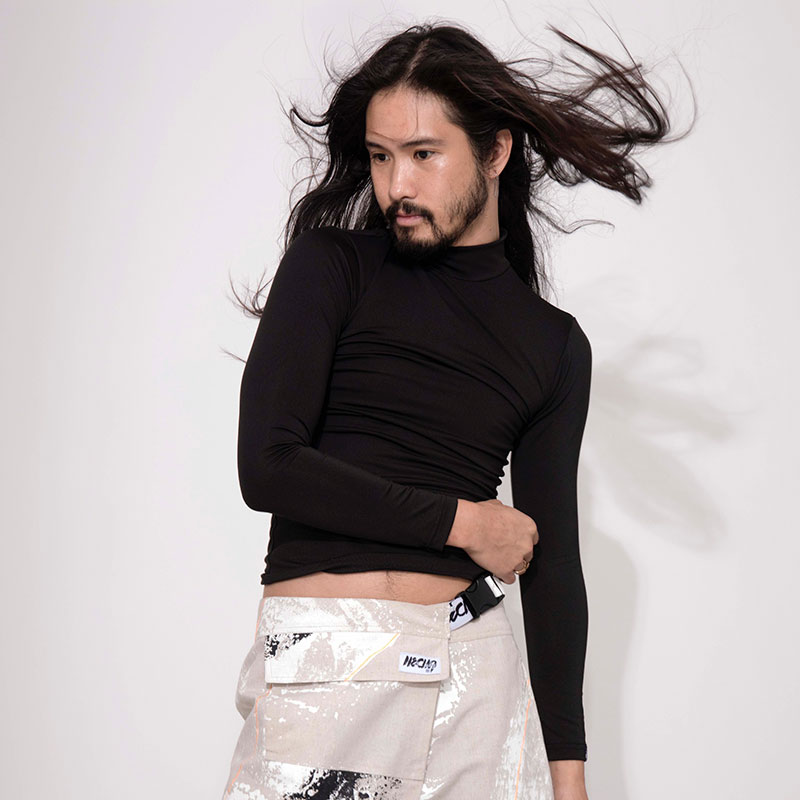 Paul Bui is an Australian creative director and stylist based in New York City. Formerly the Editor-in-Chief of Oyster Magazine and a Creative Director for Milk Studios, Paul has worked with personalities such as Charlotte Gainsbourg, M.I.A, Grimes and brands such as Nike, H&M and Ellery. Paul now consults for brands and publications, specifically on how to speak authentically to a young, diverse audience. In his spare time, he loves nothing more than conjuring kinetic energy and sharing dance floor connections with his techno queer fam, here and abroad. 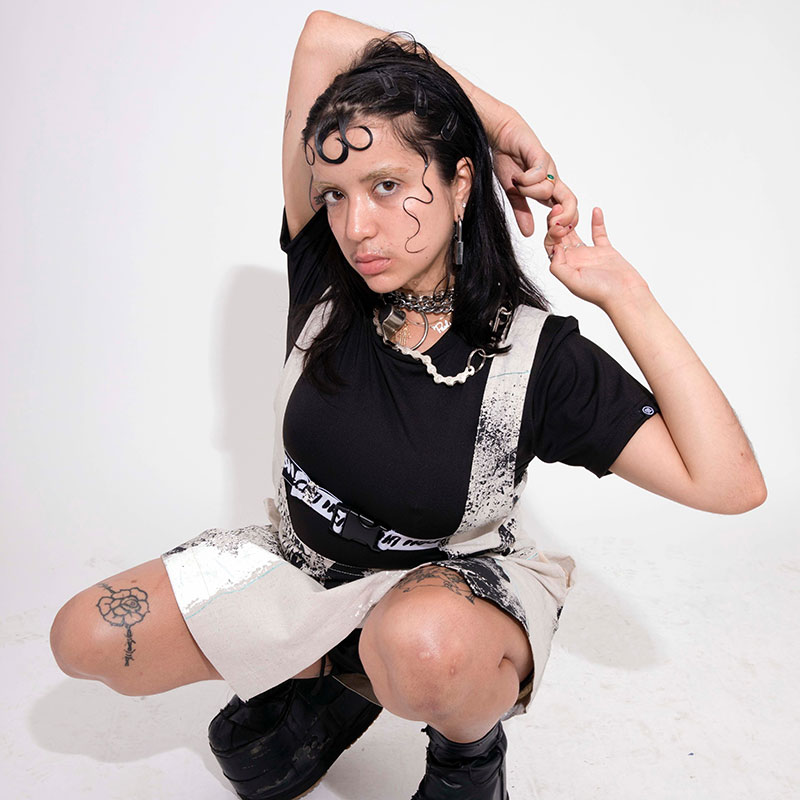 Pauli Cakes is a queer identifying gender fluid artist, dj, activist and nightlife alien born and raised in NYC. They use performing arts, nightlife, and multi-faceted art practices as a form of self expression and resistance. Through these different mediums they challenge social stigmas and the hyper conditioning of the femme experience. 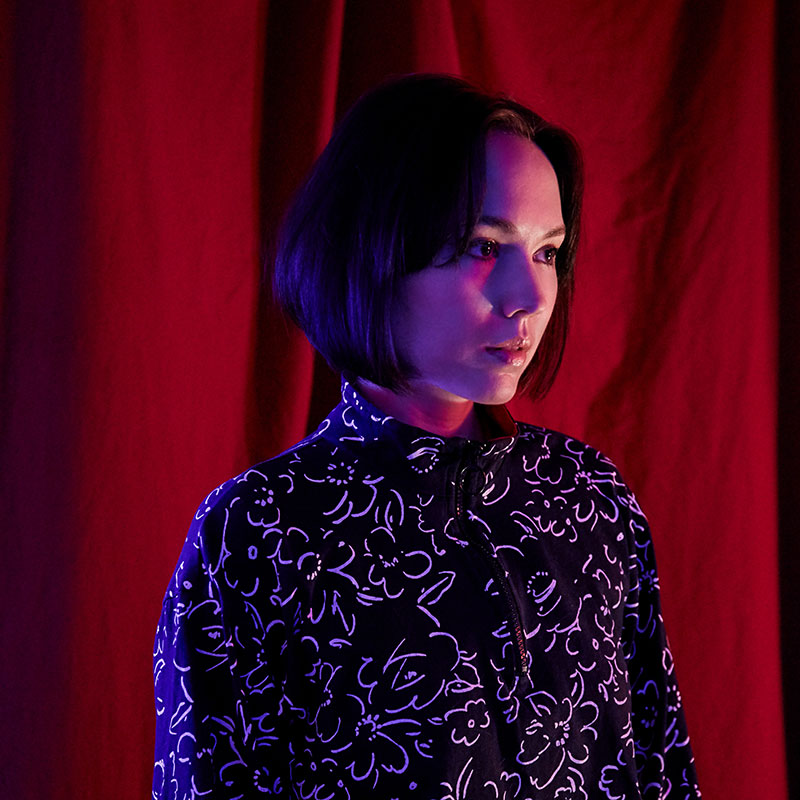 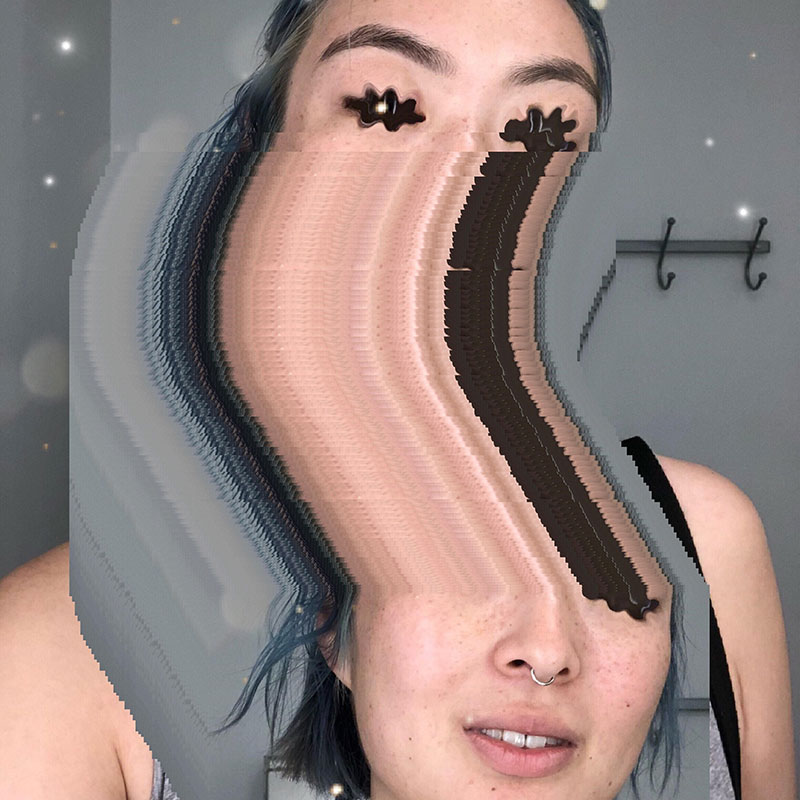 NK Badtz Maru is a dj that likes techno, trance, cardi b, frogs, and cucumbers. She's a resident at Mood Ring, where she and fellow dj, KA WAI, throw the party Hot N Spicy, a POC-focused club night, and recently made her European debut at Berghain/Säule nightclub. 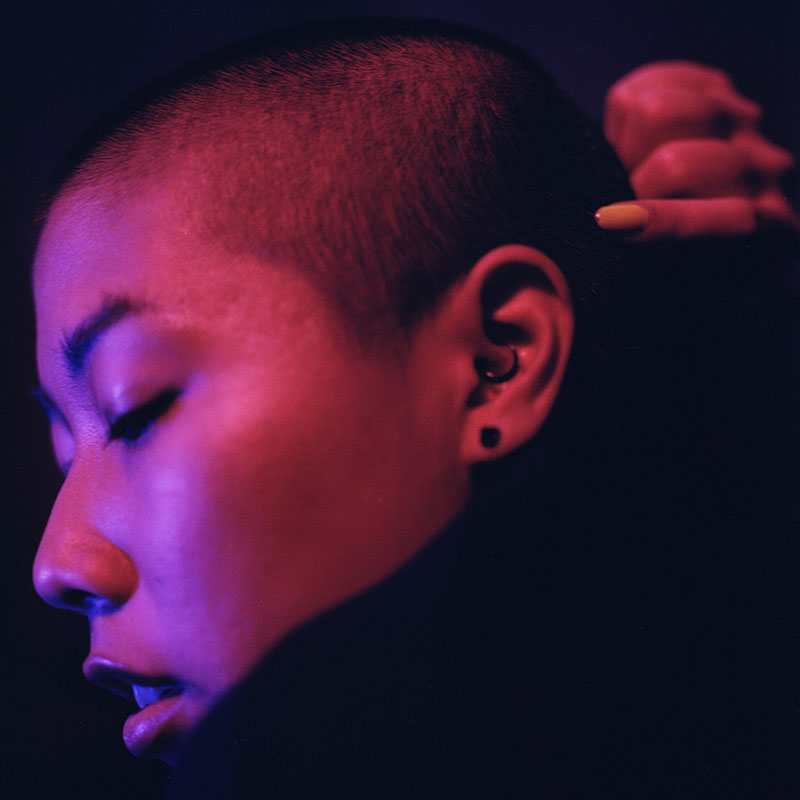 A founding member of Xiao Ma Party Controllers, vveiss practices across disciplines as an alchemist, organizer, multimedia artist, and DJ. Their improvised hybrid-performances carve paths between restraint and spontaneity, inducing submission through droning walls of sound, microtonally-modulated vocals, and hypnotic rhythms. Wielding a keen sense of energy and time, vveiss careens audiences through treacherous layers of bodied percussion and back to release them afloat down a random- access stream of metallic thoughtforms. 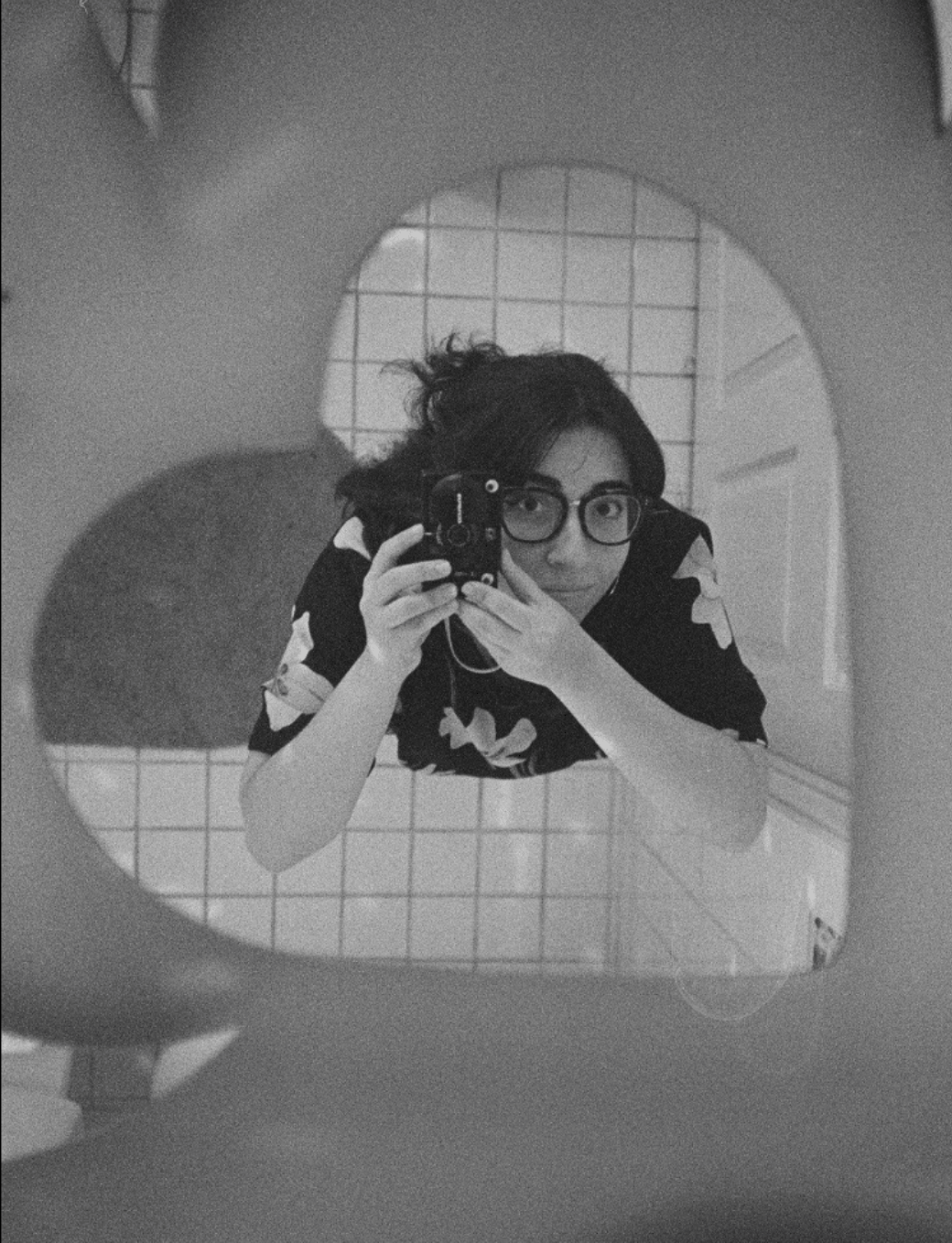 Vanessa Quintero is a Brooklyn-based filmmaker, videographer, and writer. She's the video lead at Spicy Zine, where she creates work that aims to promote and uplift women and non-binary people of color and their stories. Aside from that, she freelances on creative projects and is always looking to collaborate and make something amazing. 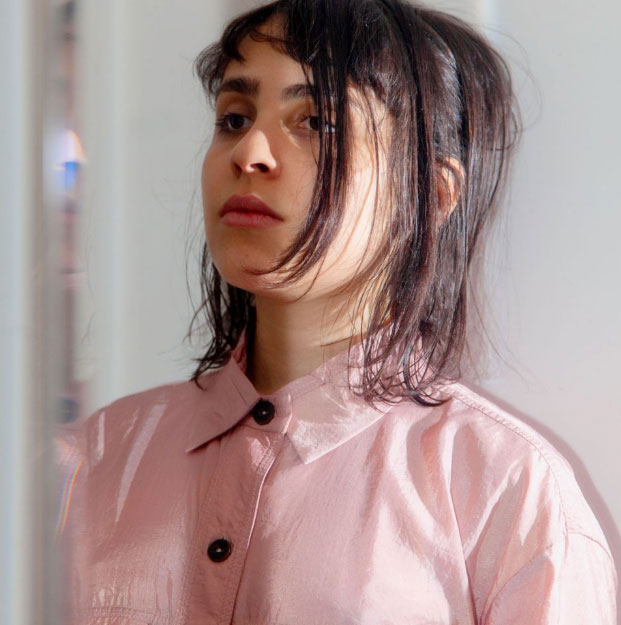 Selwa Abd, originally from Morocco, is a New York based artist and musician. She holds a BFA in Communication Design from Parsons The New School for Design and is founder of the music platform: Bizaarbazaar. Under the guise Bergsonist (derived from Deleuze' s Bergsonism), she uses multiple mediums to investigate social resonance through divergent conceptual aesthetics (minimalism, techno, music concrete to name a few). Her practice utilizes her trained design sensibility to filter the objects of intuitive exploration, guided by an impulse to detach subjective meaning from found sonic fragments. Notions of identity, memory, social politics and the ambiguous long-term reliability/stability of our digital networks drive this process. She has performed at spaces such as Knockdown Center, Basilica Hudson, Witte De With Center for Contemporary Arts, Parsons Thew New School for Design, Museum of Fine Arts of Boston, Flux Factory, Issue Project Room, Spectacle Theater, Halcyon, Output, Brown University, Good Room and Boiler Room (Discwoman takeover). She has released several eps on labels such as Borft, Styles Upon Styles, Clandestine Records, Always Human and Where To Now. She has upcoming releases on Optimo (2018), Borft (2019), Styles Upon Styles (2019) and two unannounced labels. As well as self released Eps on her Bandcamp.

Thank You To Our Event Sponsors 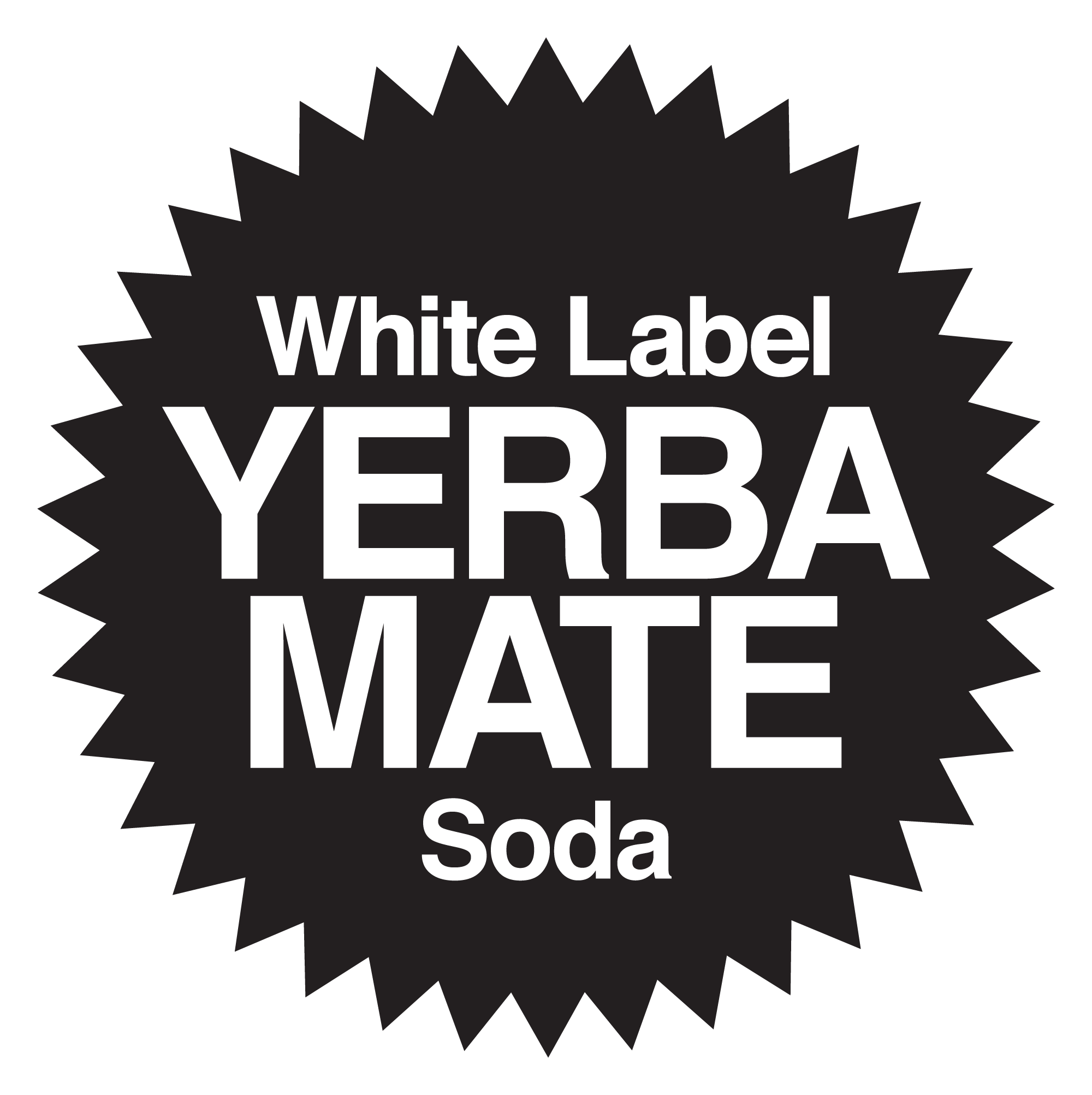